I don't intend this to be a life history of the Jimmy Guthrie, others have perhaps covered this elsewhere, rather it's a potted look at his racing in photographs I have in my archive from a variety of sources and for who I acknowledge copyright if it still exists.
Since I posted this originally an email has come in from Larry Devlin, pointing out a few corrections and these are always welcomed, so I've made the corrections, noted in green....
His racing career in the IOM TT spanned from 1923 when he retired on a Junior Matchless to 1937 when he won the Junior TT and retired in the Senior TT.....riding in 24 TT races in all.
He ran a business in Hawick, Scotland in the 1930's.....
Some of the following photographs come from correspondence with Guthrie and Allen Schafer of Grafton, NSW... 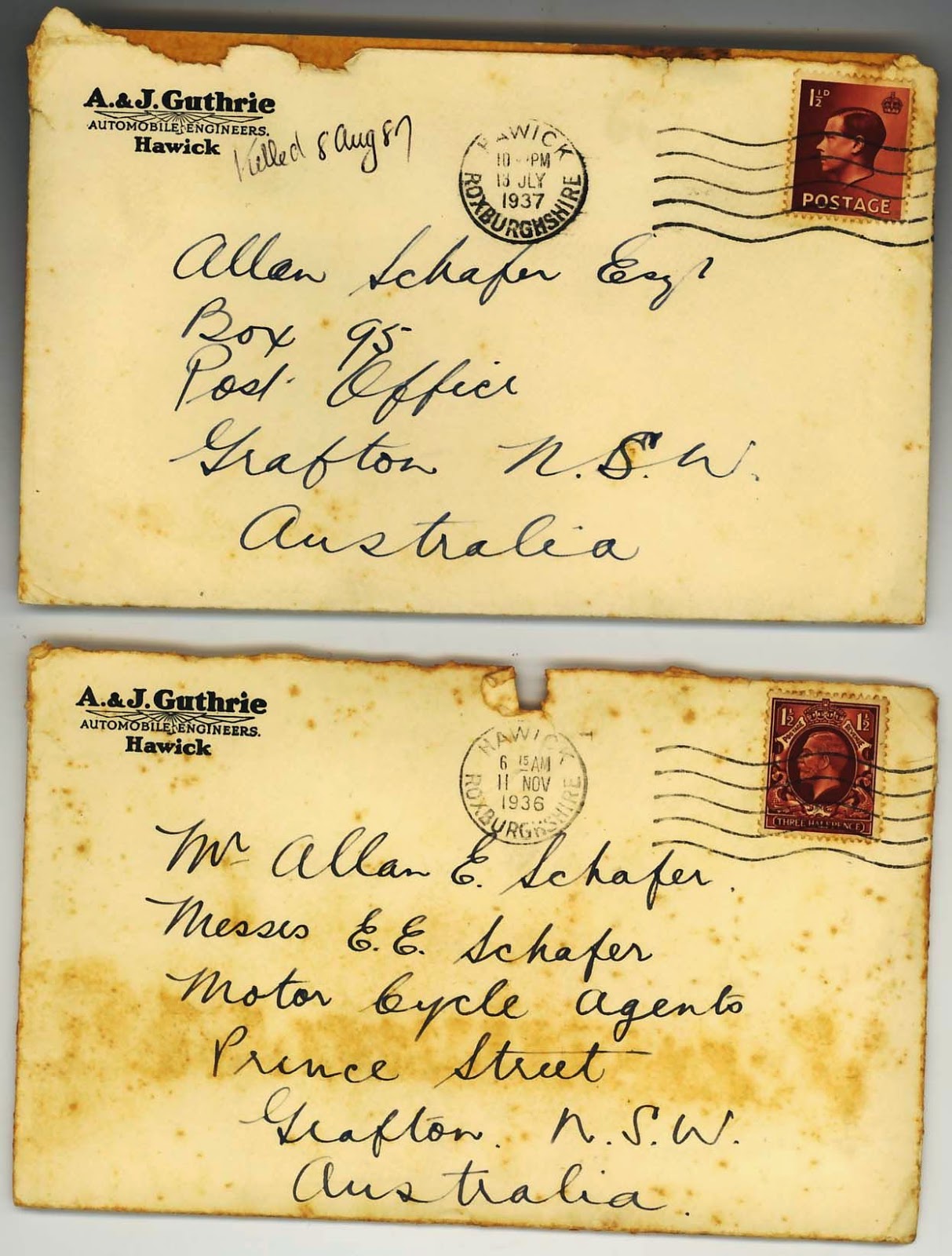 Whilst he was always associated with the Norton Racing Team, in the 1930 Lwt. IOM TT he rode an AJS, winning the event....he pictured to the left.
#20, starting the 1933 IOM Junior TT on a Norton...Guthrie finished 3rd.
#2, starting the 1934 Junior IOM TT race which he won.

Sometime in 1936 not 1935 as originally noted and unsure where ...during the 1936 Ulster GP...Jim Guthrie, Stanley Woods and George Rowley entered on a factory AJSand not"Crasher" White .The #10 Norton is Jim Guthrie's mount. 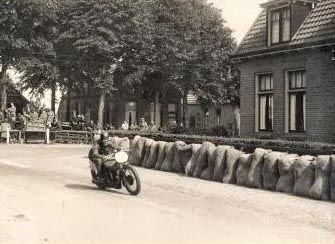 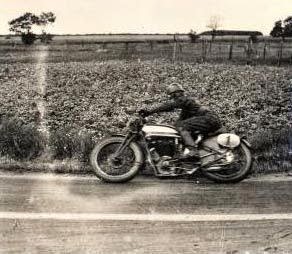 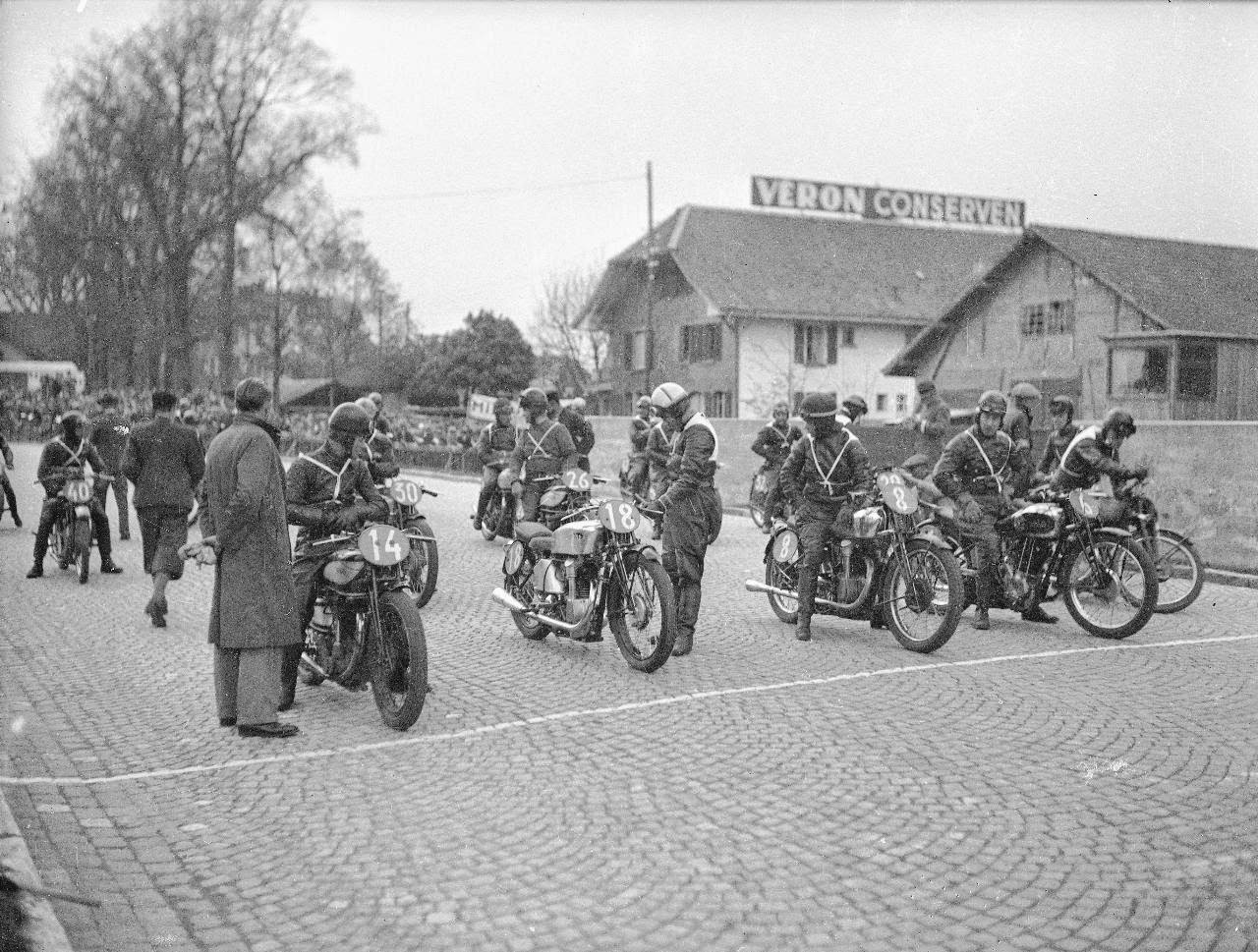 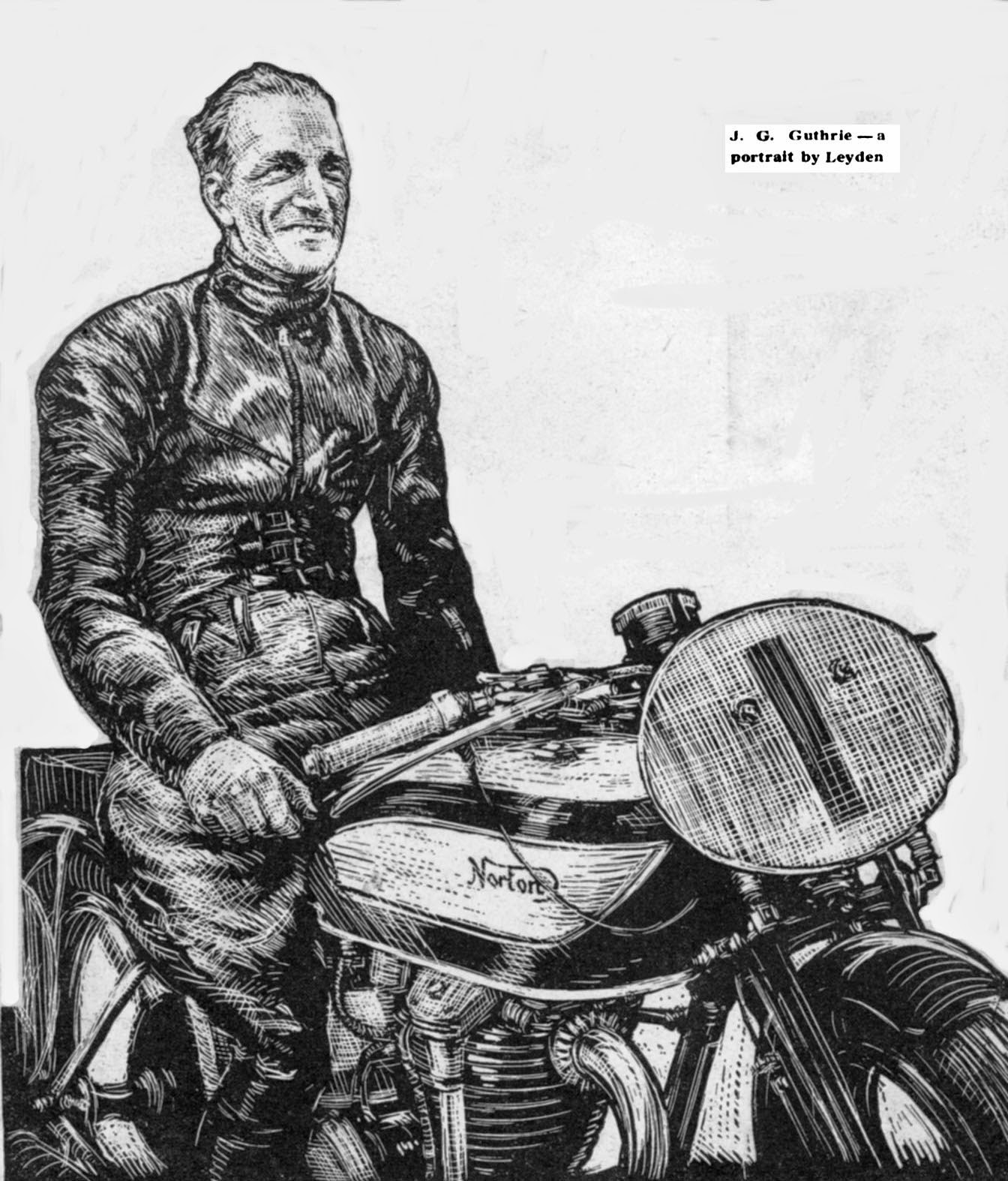 Some of the work of the illustrator, Jock Leydon. 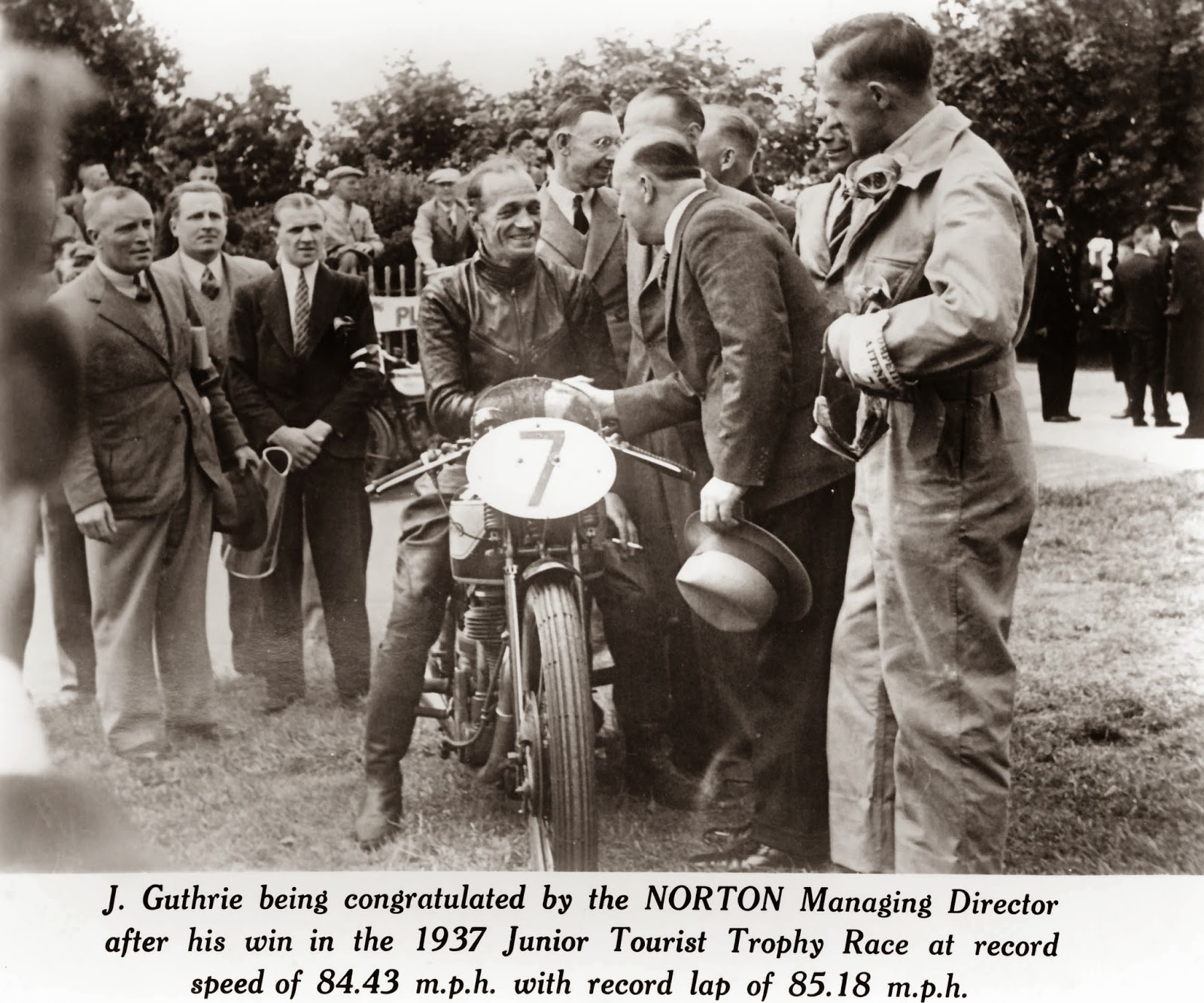 Guthrie at the 1937 IOM TT races...
In the pits of the fateful German GP of 1937, Sunday 8th...Stanley Woods wife Mildred, Jim Guthrie and Freddie Frith...perhaps the last photo of Guthrie before his untimely death during the race. There are conflicting reports of what happened, so I won't make comment here.... 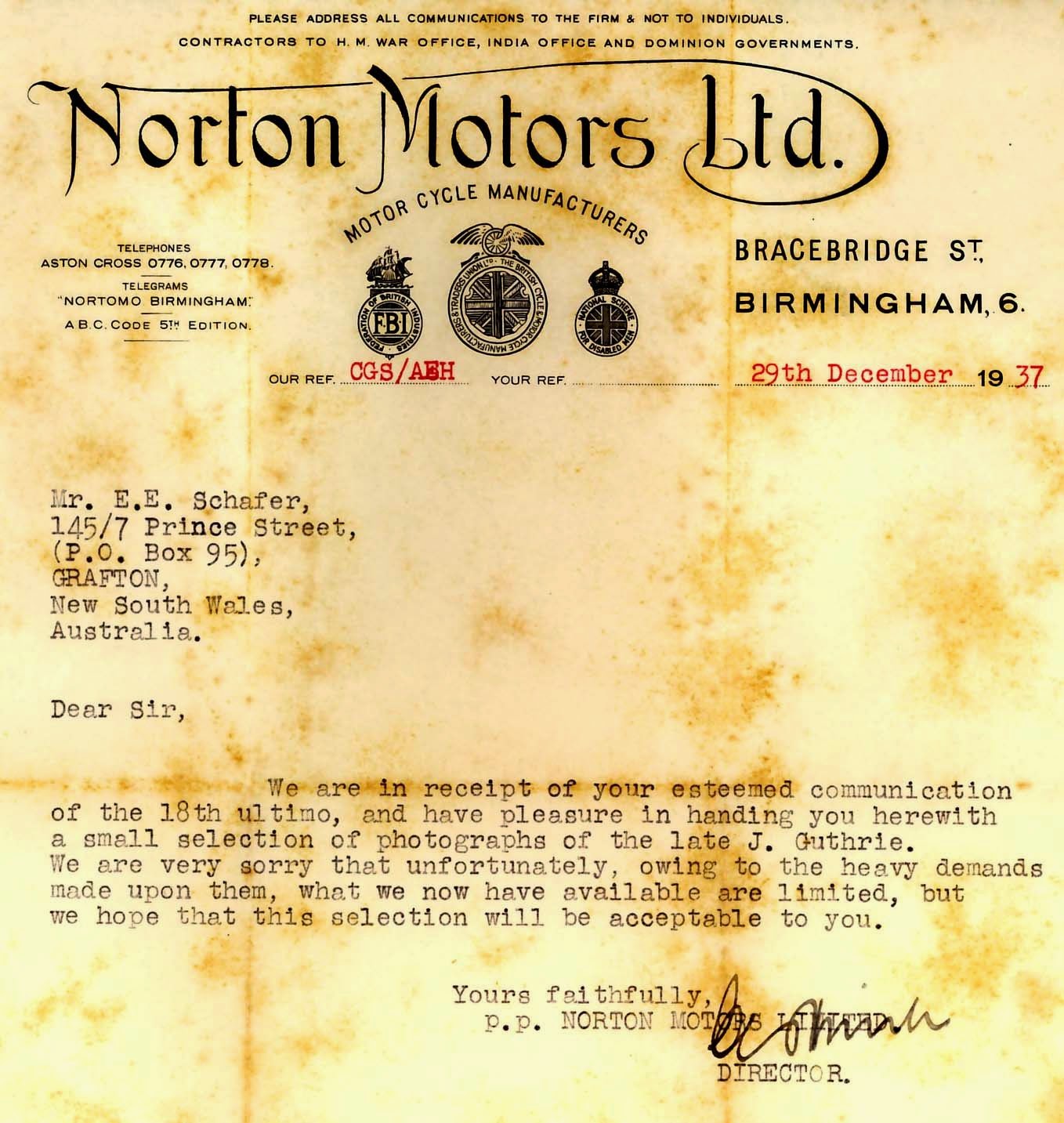 Condolence photographs from Norton Motors with the text on the back. 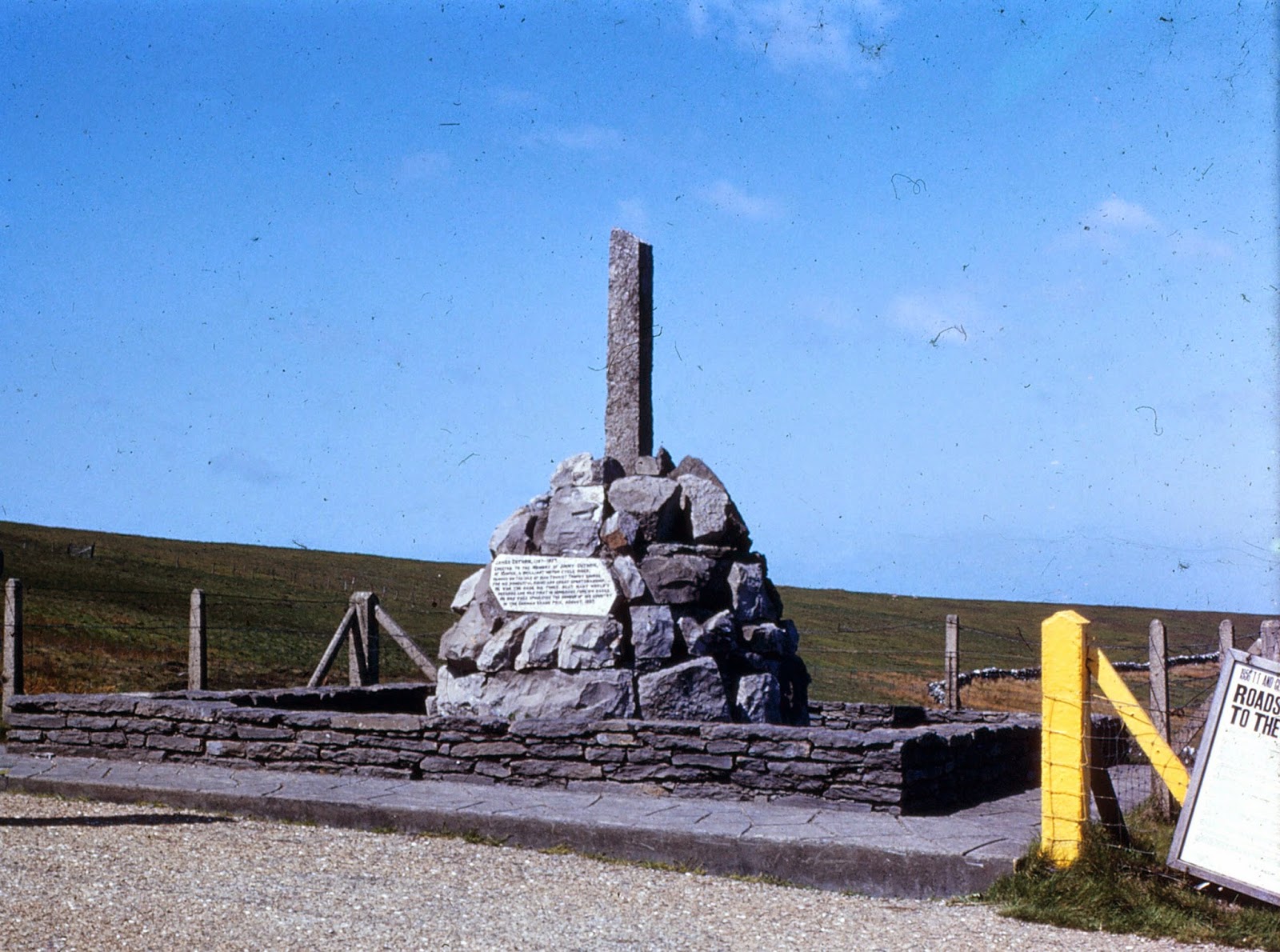 The Guthrie Memorial on the TT course.

Posted by The Velobanjogent at 12:52 PM No comments: