I've done several posts on Bertie Goodman, known to many as BJG and who was the last managing director of Veloce Ltd., manufacturers of Velocette motorcycles from 1905 to 1971.
See.....  Bertie Goodman part 1
and...  Bertie Goodman part 2
Since then I've come across some more interesting photos of BJG in the photo library of the Vintage Motorcycle Club, Allen House, Wetmore Road, Burton upon Trent, Staffordshire, DE14 1TR to whom I credit the photos I've used which were originally from both "MotorCycling" and "The MotorCycle", the magazines for motorcycling in the UK of the day.
The following photos were taken at the MIRA test facility .... 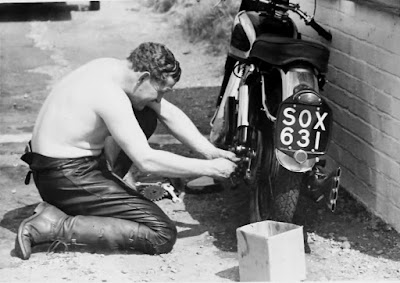 Changing the gearing on the Venom Clubman with the well known Velocette registration number.... SOX631 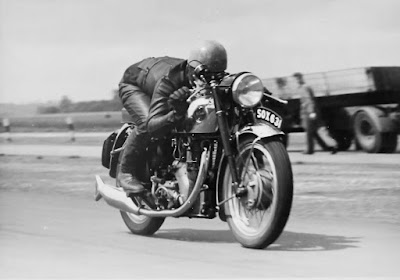 They always claimed BJG could really flatten himself to a great aerodynamic shape on a motorcycle... 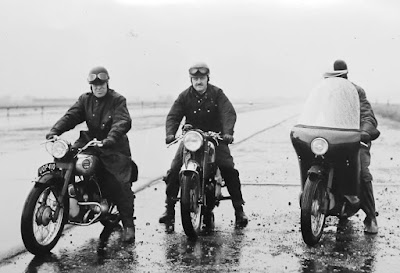 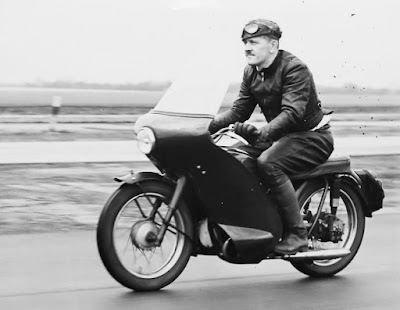 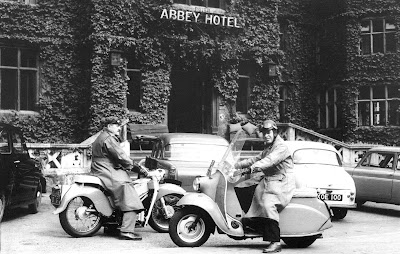 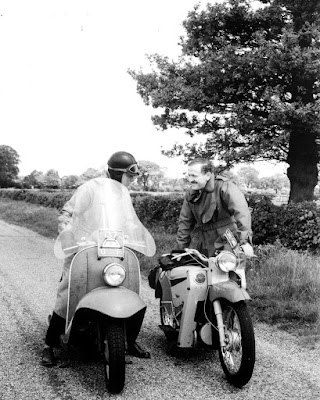 Road testing the Velocette viceroy scooter and the LE mk.3 with Bernal Osborne.. 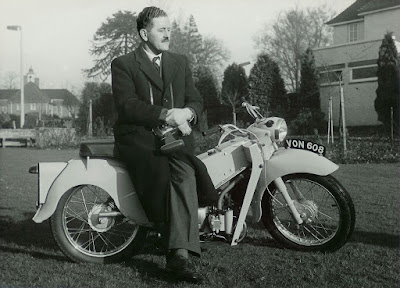 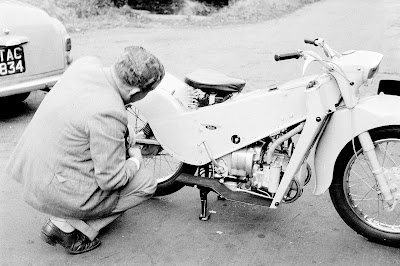 BJG with a Velocette mk.3 LE 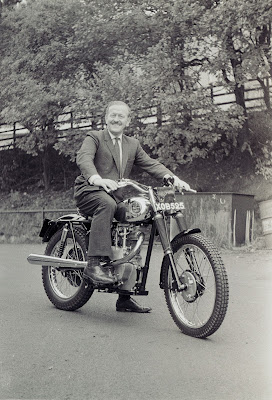 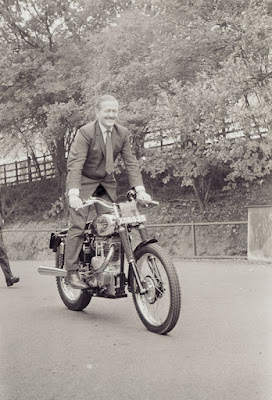 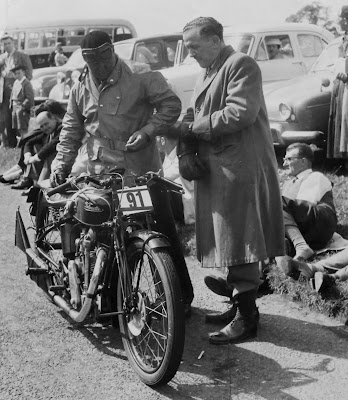 In the IOM at a VMCC rally with Club president of the time, Eric Thompson, BJG prepares to go for "a canter" on Eric's mk.1 KTT. 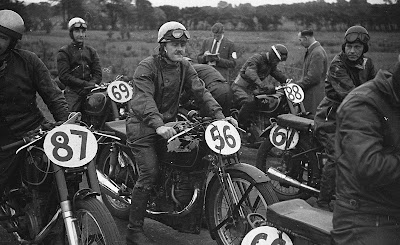 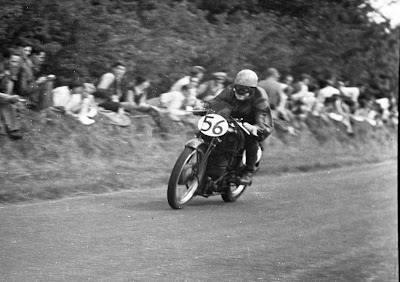 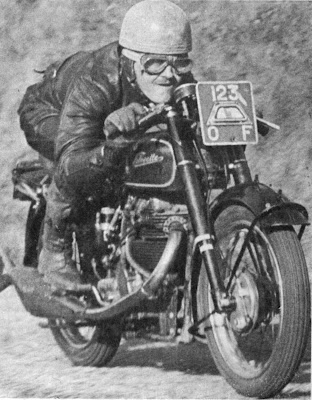 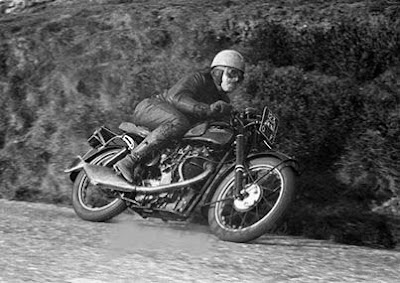 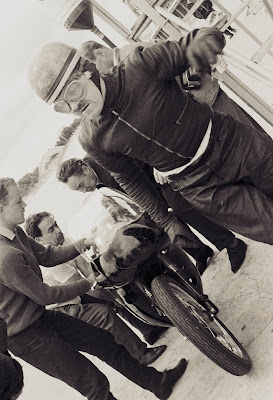 A strange photo, well the angle it was taken at....BJG during the unsuccesful 350 record attempt on the 100mph for 24hrs at Montlery, France in 1963. 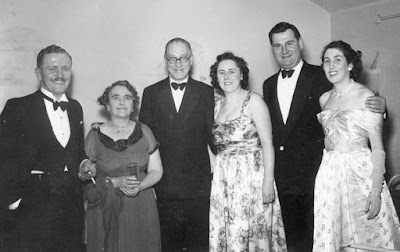 Bertie with wife Maureen ( left} and likely George and Ethyl Denly (Goodman's) central at a ball. 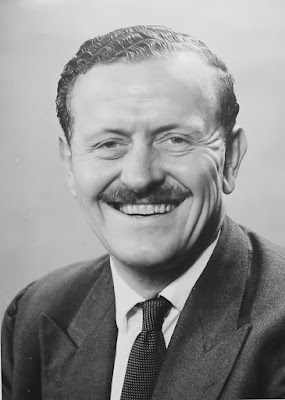 BJG...Bertie Goodman as many people knew him.