BMG motorcycles were a motorcycle dealer in Ilford, Essex, on the outskirts of London.
When I lived in the UK in the early 1970s, I occasionally rode over to there and purchased the odd part.
I never really became interested in the desmodromic valve set-up they marketed until I returned to Australia and wrote to BMG. 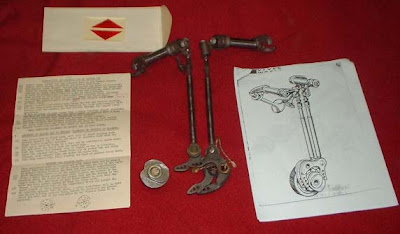 I’d read a little of the information over their kit and recalled seeing a Venom Clubman at the Southern Cross motorcycle rally at Burrumbeet Park, Ballarat in Victoria, Australia in February 1966 with one fitted.
The reply from Mr. Woods of BMG, which I still have, was quite scathing of Veloce Ltd and their lack of interest in his kit, following his sending one to them for evaluation. He claimed it was dusty when returned and obviously hadn’t been used.
A disappointment to him.
But the claims made by BMG really stretched ones imagination…9000rpm
…acceleration such that you could lift the front wheel in top gear at 60mph…
BMG actually patented the principle of using push-pull rods to actuate the valves in an engine in a desmodromic fashion…that is, without valve springs. The patent application is illustrated here.
But the BMG kit did have torsion bars fitted inside the hollow centre of the upper rockers, claimed to finally close the valves to get a gas seal for starting. 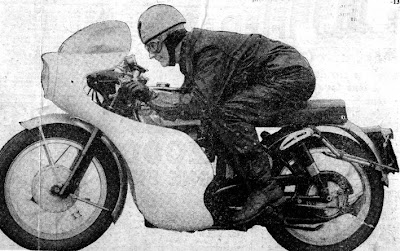 The kit was suitable for use only in the 86mm x 86mm Venom and MSS or 72mm x 86mm Viper engines.
The UK motorcycle magazine, “MotorCycling” did a test of a Velocette Viper in September 1963 and journalist Bruce Main Smith who rode it for over a week around Britain wrote it was the tool for the rev happy rider.
Acceleration and top speed figures, taken at MIRA, were given, but really couldn’t be compared with anything…the bike was fitted with an after market Butler fairing which contributed to any final speed claimed and as BMS commented, prevented a direct comparison with earlier Velo 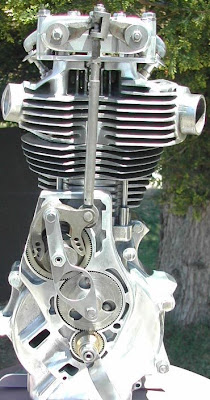 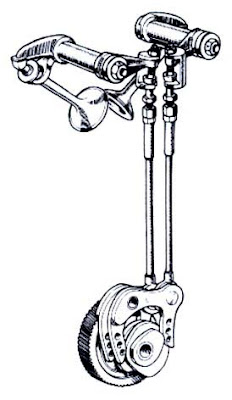 The true test would have been to take the bike to MIRA, run it around in normal trim, obtaining figures, then fitting the kit and repeating the test.
The cost of the kit at the time was £46/10/- including fitting by BMG, or £38 in a box. The full price of a Viper in early 1964, including VAT was £262/4/-. ”MotorCycling” tested a Viper in early 1964 and it’s top speed at MIRA was 90.6mph.
The highest one way speed of the desmo Viper at MIRA was 93.9mph, with as mentioned the fairing fitted. The rev-counter reading at this speed was 6200rpm.
Main-Smith commented that the desmo Viper was geared one tooth higher than standard and that he felt with the right gearing 93-95mph would be expected.
In all it seems a bit “iffy”… 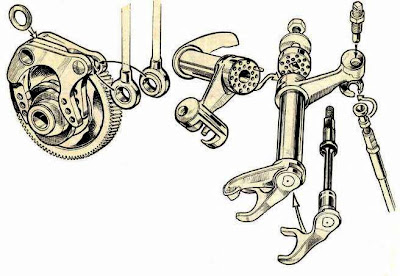 You make up your own mind….
The Australian Velocette Owners Club has a kit (damaged) and their technical officer, Norm Trigg, sectioned an engine and fitted the kit so it could be hand operated to see it’s operation.
I took photos at a Velo rally some years back and they illustrate this blog, together with details from the patent application, US “Cycle World” advertisements, drawing from “MotorCycle” and “MotorCycling”, to whose copyright holders, Mortons Motorcycle Media, I make due acknowledgement.
Want to read more on desmodromic vale operation, especially in motorcycles?
Dutch enthusiast Henk Cloosterman has a website, titled “Desmodromology” well worth a visit.
http://members.chello.nl/~wgj.jansen/ 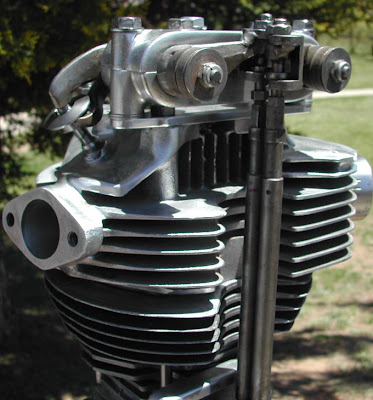 In Australia there were two other major efforts at making a desmo operated motorcycle…
In the early 1950s, Velo racer, Sid Willis converted a KSS cylinder head to desmo operation and fitted it to his KTT racer.
Australian Norton supremo, Harry Hinton had one made by his nephew and it was fitted to an ex works Norton 350 Manx and used in practice at the 1960 NSW TT races, Bathurst, NSW, Australia. 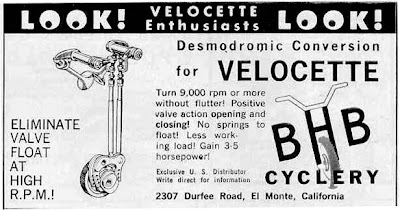 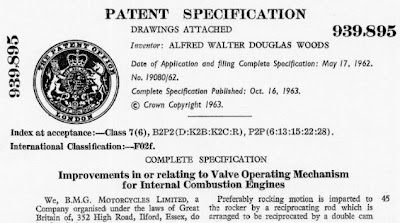 These stories for a later blog…..
Reading- “Testing the BMG Desmo Velocette”, MotorCycling, September 4 1963.
Left click on the images to enlarge.
Posted by The Velobanjogent at 6:08 PM

nice post. ived been searching for articles about valves and actuators and your post really helps. thanks a lot for posting this.

Thanks for digging up the info and making it available.

I have a problem with the preoccupation with top speed in the report.
Desmodromic vave operation, as I understand it, was developed to enable high revs to be used and maintained in an era when valve springs were less developed than today. This Viper was over-geared - why?
Standard gearing plus Butler fairing should equal a far higher top speed - 7000rpm = 96.6 mph on standard gearing and the desmo kit should allow a considerable margin for over-revving!
The real benefit should be in the lower gears when the revs can be kept closer to the "red line" whilst scratching.

I agree that the cost made it a bit of a non-starter though.

Very interseting! Many thanks for sharing! I thoroughly enjoyed the blog! Stuff like this must not be lost! Is there anyone reproducing this kit at the moment?
Thanks again, Peter.

Peter, I don't believe anyone is making such a kit again.
I borrowed the kit in the pictures on the engine before it was installed, years back, plus another for a local chap racing Velos to examine with the idea of making a better copy. He returned them to me with the comment that he felt it difficult to duplicate and unsure if it really gave any appreciable advantage.

I have one of these kits. My father-in-law, Brian Baxter, bought it back in the 60's and raced it in a Venom for a while until one of the rocker arms snapped. The bike was then stripped down for a rebuild but was never put back together. After a while his stepfather threw the frame and forks in a skip, the rest of it, including the desmo kit, has languished in the garden shed for the last 40-odd years. I've now salvaged what I could and rebuilt a bike to a similar spec to what he had but sadly I think the desmo kit is beyond salvation.
Best Regards,
Mellie

This kit was advertised in the US back in the early 60's, but I have never seen any information on one being installed. I had however heard about the high RPM claims and wondered if the bearings (or lubrication) of the ear were up to that level. But the idea is a gem, right up there with the Piper DOHC head for Honda CB750s.....