A little motorcycle scrapbook from the 1930's...unknown owner, a look at some road racing circuits of the day......

Another small scrapbook I have of motorcycle cuttings from the 1930's that an unknown ( to me) motorcycle enthusiast studiously cut out and pasted into a school exercise book...his passion of the time...did he survive WW2? Is he still alive....questions we will likely never answer...unless, looking at the cover it rings a bell with someone...
The items I've spent considerable time "cleaning up"...newsprint almost 80 years old and not specifically conserved is difficult to work with but fortunately the special A3 sized scanner and programs enable me to get the images to be acceptable, rather than the black and white dotted images if you photocopy.... 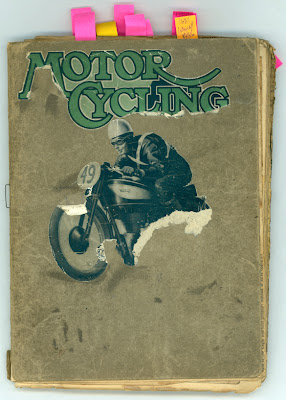 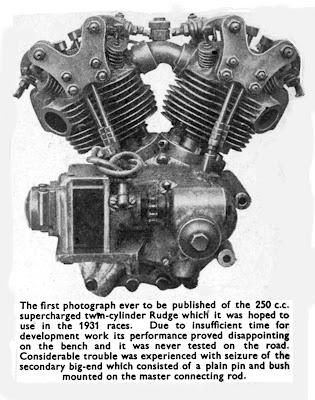 The above is an interesting engine, but more for another day....
This blog is about the road racing circuits of the 1930's...not all, just those that our mystery person collected information on... 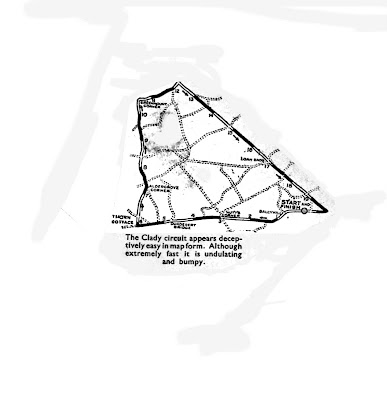 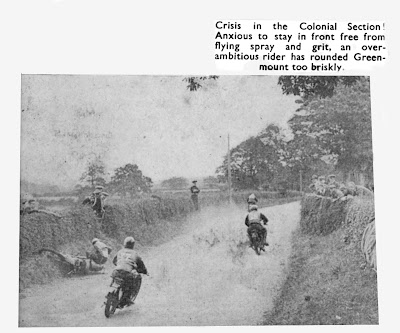 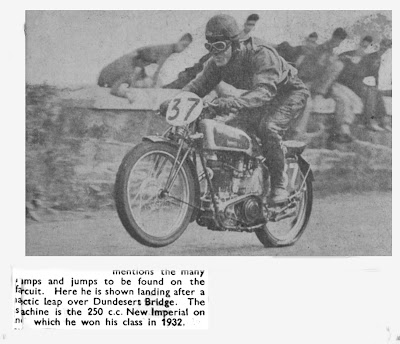 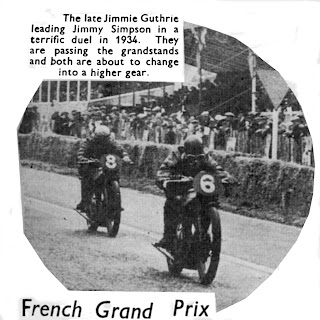 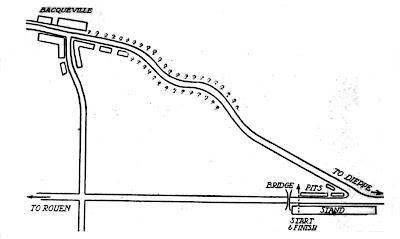 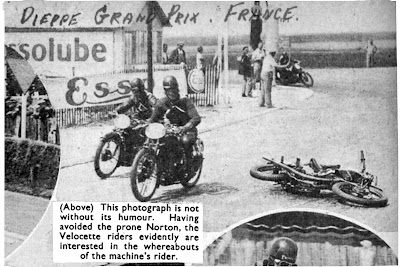 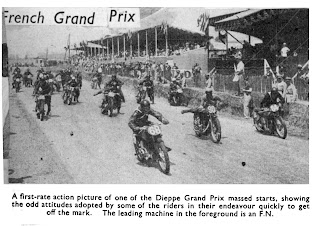 The Hohenstein-Ernstthal Grand Prix in Germany in 1937 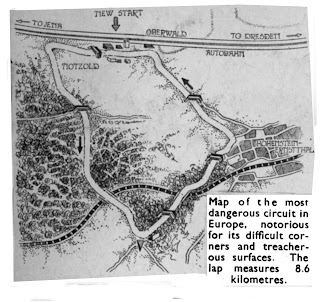 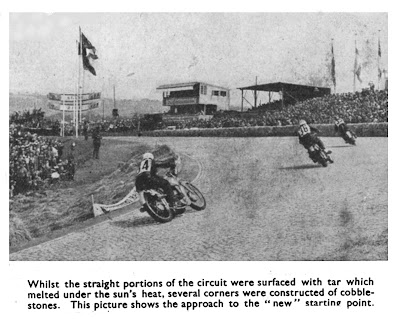 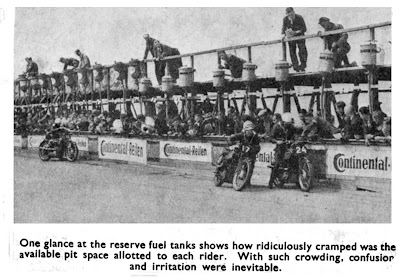 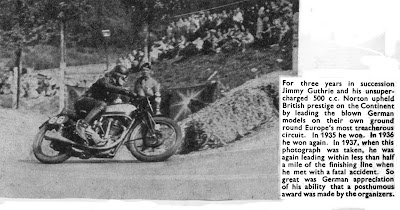 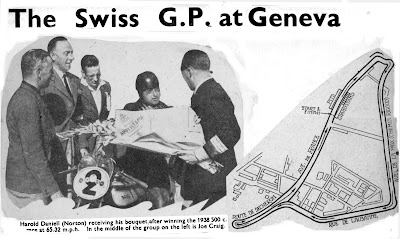 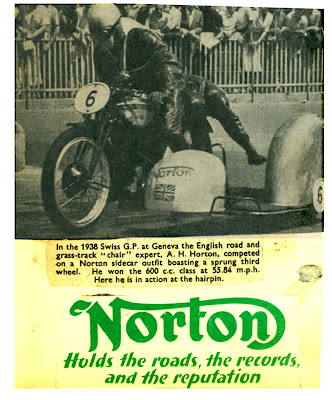 The Circuit de Floreffe in Belgium, the 1936 Belgium Grand Prix. 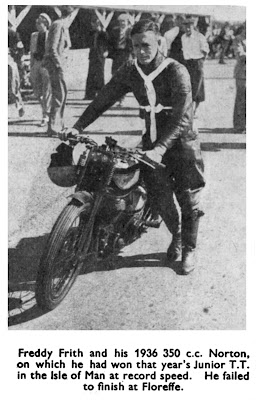 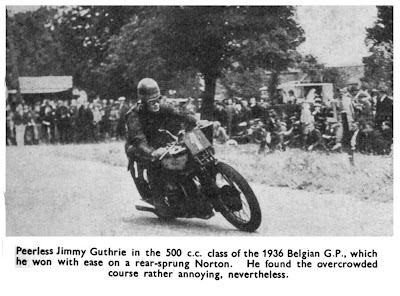 The 1932 Spanish Grand Prix at Bilbao. 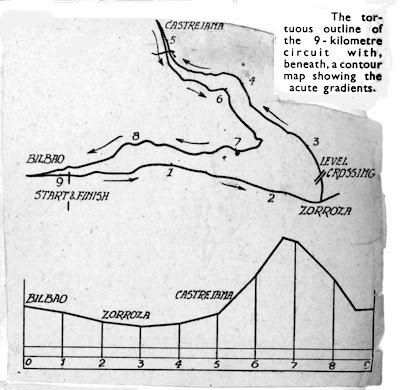 The German Grand Prix at the Avus circuit, probably 1936....

Posted by The Velobanjogent at 10:32 PM

What a great find Dennis! Thank you for sharing it with us. Now when do we get to learn more about that V twin 250 supercharged Rudge? wow, what a little motor. I'm surprised that Rudge would invest the time and money to develop such a beast, instead of a 350 or 500cc motor... They certainly were inventive and independent fellows.

The sidecar rider with A Horton was Les "Dizzy" Seales. They won British GP 3 times and Swiss once in the 1930's. Seales was an air gunner in 96 sqn Defiant in 1941. He "wing walked" to help his pilot out (stuck harness mechanism) at 3000 ft after striking an object on take-off which wiped out the undercarriage. He motor cycled until 75 and then wing walked again on a Stearman from the Utterly Butterly team to make a new British time record at the age of 88 even though he had lost a leg a few years before after walking under a London bus! great characters.

Thanks for the info in your comment....
Dennis Quinlan.
The Velobanjogent